New Houston Brewery Brings German-Style Beer to the Northwest Side 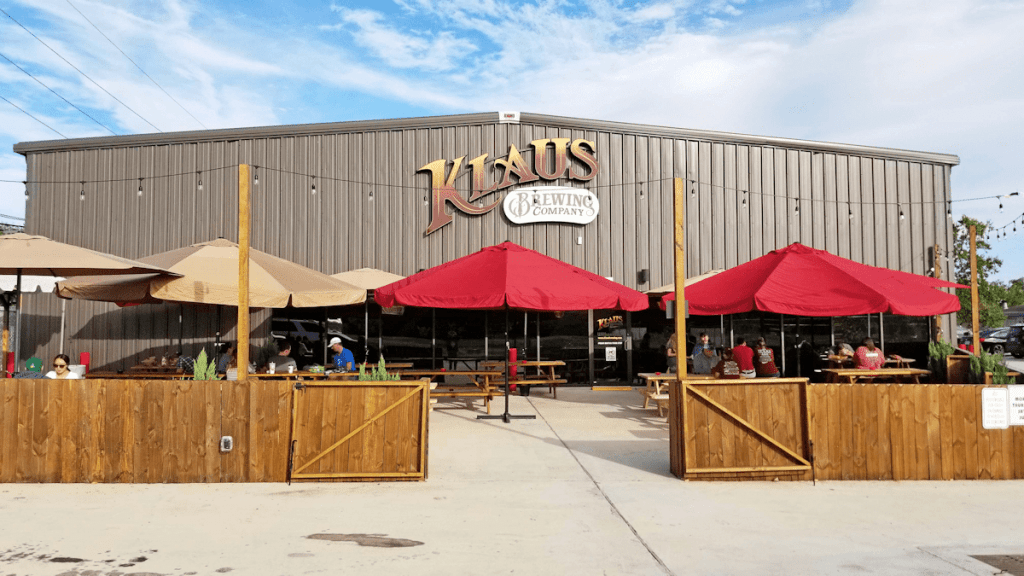 Houston now boasts several craft breweries and most focus on a divergence of styles. For example, Saint Arnold has multiple Belgian-influenced beers in its repertoire, Lone Pint and Spindletap specialize in hoppy beers —especially India pale ales (IPAs) — and Holler Beer favors a mixture of styles. Klaus Brewing founder Thomas Lemke saw a gap in the craft beer market, so he’s aiming his new brewery at 10142 Jones on Houston’s northwest side toward German style beers.

Lemke was a home brewer for over 20 years before establishing Klaus Brewing Company. The flagship beer is Wanderlust, an Altbier that is malty, grainy and potent without being smoky. It sets the tone for the other year-round beers that include Kaiser Kölsch, which exemplifies the golden style native to Cologne, Germany with a yeasty, citrus and clean palate; the Edelweizen Heffeweizen, a yeasty, cloudy golden wheat beer that is unfiltered, has many fruity esters on the nose and is refreshing from start to finish; and the Helles Lager, a cold-conditioned, bottom-fermented beer that’s slightly sweet and amber-colored.

Lemke started with a home brewing kit that he ordered from the back of a magazine when he graduated from college. He brewed many kinds of beer at home over the years but found German styles to be preferable as he says they are “very drinkable and very well balanced.”

Besides the four main beers, Lemke has rolled out two seasonal beers since opening in late September: Dirndl Dropper, a Märzen- or Oktoberfest-style beer that is medium brown, smooth, malty, quite potent and yet still refreshing. There’s also ‘Ello Guv’na, an English style IPA that has nice hints of hops, pine and resin, but is not overpoweringly bitter, hazy or acidic like many American IPAs.

After this initial release, Lemke intends to have a set of rotating seasonal beers that occupy themes. These may include “Tour of Europe” featuring Belgian, Czech, English and Slovenian styles or a set called “across the pond” that would include American style IPAs and Mexican style lagers.

Lemke wanted a bright, enjoyable space that wasn’t a “dark, smoky bar.” The brewery is indeed very welcoming (even though it’s in an office park) and includes an umbrella-covered patio area that’s perfect on mild days. The taproom features various Texas and German kitsch and a rotating bunch of local gourmet food trucks is a great solution for when guests get the munchies. Lemke is also securing rights to an adjacent space for a private events venue.

“Klaus” isn’t just a strong German name which means “triumph” or “victory for the people” in old Teutonic. It’s also the name of Lemke’s son. Given the quality of the beer produced and the high turn out they have experienced every weekend since opening, Klaus Brewing is indeed a victory for the people who love good craft beer in northwest Houston.