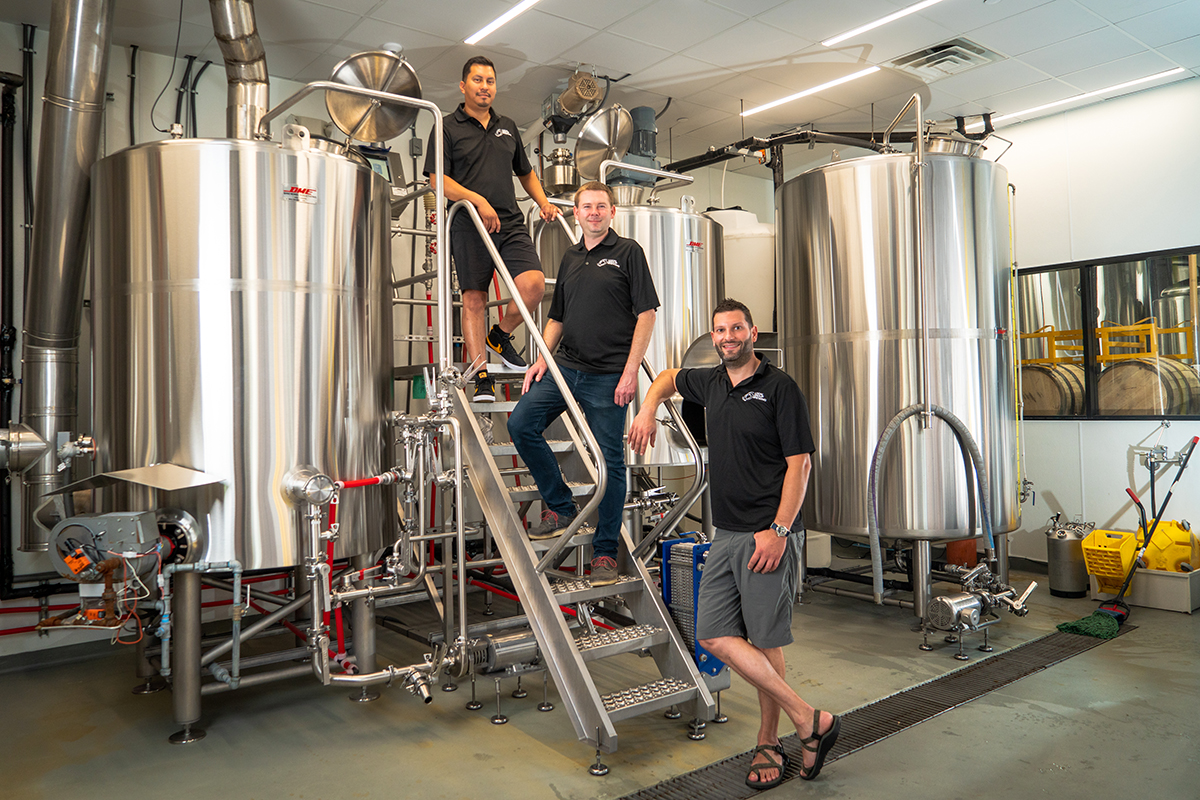 Local Group Brewing, the 7,500-square-foot brewpub located in Hardy Yards at 1504 Chapman, is back to making beer. Distincture Hospitality, owned by Dave Sorrell, Morgan Green and Jorge Benitez, has purchased the brewpub. Initially founded by Todd Donewar, Michael Steeves and James “Huggy Bear” Wolfe, it opened at a really bad time for food and drink businesses — February 2020. By mid-March of that year, bars, including brewpubs, were ordered temporarily closed — a situation that persisted for months. Local Group Brewing eventually did open, but on March 24, it closed the kitchen. After a slow transition period, Distincture Hospitality officially took over on Monday, May 16.

Sorrell is a Certified Cicerone with prior experience at Revelry on Richmond, Axelrad, The Kirby Group (Holman Draft Hall, Heights Bier Garten) and most of Underbelly Hospitality’s current and prior businesses. Green and Sorrell also have a long history together as homebrewers.

For Benitez’ part, the Houston native and University of Houston graduate was previously hospitality director for Holler Brewing Co. and opening manager at the Saint Arnold Beer Garden & Restaurant. He and Sorrell will oversee Local Group Brewing’s food, beverage and hospitality programs, while Green manages the administrative side.

Local Group Brewing is known for fruited sours, such as Blurry Eyes Double Vertigo and Magic Flip. The new owners are continuing that brewing program for the foreseeable future. That said, watch for a new slate  later this year.

Some of the prior features and programs will continue: the mug club, run club, trivia nights, sporting event watch parties and industry night. New features are on the way, too, as there’s a yet-to-be-disclosed new concept planned for within the same space.

“The facility is beautiful with all of the bells and whistles both in the kitchen and the brewery,” Sorrell said via a press release. ”We will be debuting a really cool, unique concept very soon. In the meantime, look for expanded hours and drink options as we re-open the kitchen. We’re excited to work with Danny’s amazing ideas and creations, and we can’t wait to see what Jorge does to fill the vibes in the taproom.”