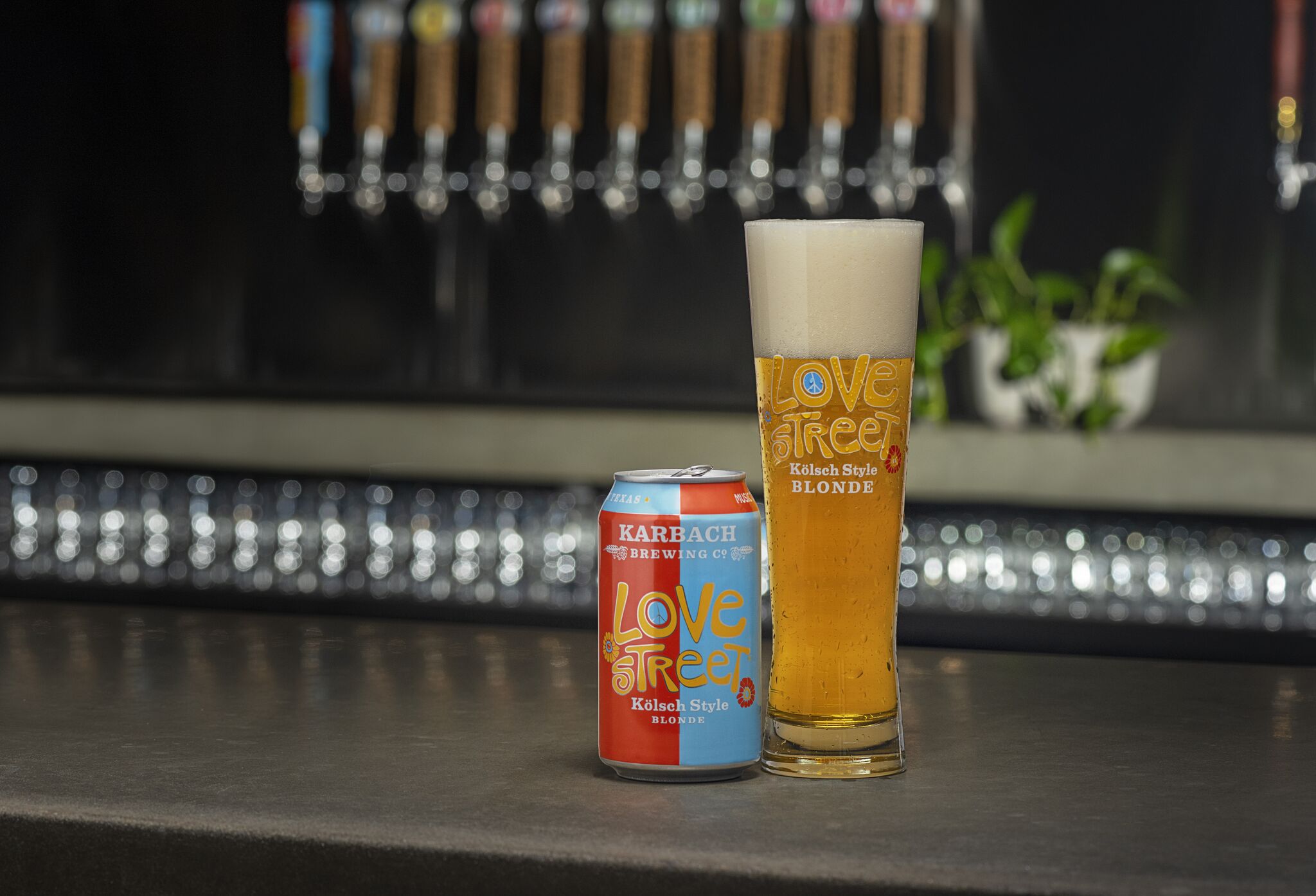 Karbach is donating a portion of proceeds from Love Street sales to the Southern Smoke Foundation. Courtesy photo.

Karbach Brewing Co., a subsidiary of Anheuser-Busch InBev, has announced a new commitment to support a charity that is in turn helping members of the hospitality industry — many of whom are out of work due to the COVID-19 situation. The brewing company will be supporting chef Chris Shepherd’s Southern Smoke Foundation through its sales of its beers Love Street and a forthcoming pilsner. (Shepherd is also the chef and owner of Underbelly Hospitality, which operates Houston restaurants Georgia James, The Hay Merchant, UB Preserv and One Fifth.)

Originally established in 2015 to raise funds for the Multiple Sclerosis Foundation in honor of Shepherd’s friend, sommelier Antonio Gianola, a second cause was added to the charity’s mission after Hurricane Harvey. An Emergency Relief Fund was established to help hospitality professionals who had lost jobs, homes and cars thanks to rampant flooding. When the COVID-19 situation rolled around, the Emergency Relief Fund was already in place to once again help restaurant and bar workers suffering under job losses and other burdens caused by the shuttering of bars and dining rooms. The fund has received more applications than ever before. As of yesterday, the Southern Smoke Foundation has distributed more than $607,000 to 312 individuals in the food and beverage industry affected by the COVID-19 crisis — and still has thousands of requests to process.

Effective immediately, Karbach plans to help sustain the effort by donating a dollar for every “case equivalent” sold at Texas to-go restaurants and bars of Love Street, its Kolsch-style beer. (For what it’s worth, according to a representative, a case equivalent is being defined as “24 cans, but also includes beer sold in growlers, six-packs and individual cans.” Spec’s sells a case for $35.58, so the dollar per case donation equates to just under 3% of the retail cost.)

Karbach also is coordinating with both Shepherd and pitmaster Aaron Franklin of Franklin Barbecue and Loro in Austin to brew a new pilsner. A percentage of the proceeds will go to the Southern Smoke Foundation. Each chef is involved with a particular food festival. Shepherd oversees the Southern Smoke Festival and Franklin is a founder of Hot Luck in Austin. While the fall edition of Southern Smoke is still anticipated to proceed as usual this year, both the spring festivities and the Hot Luck festival are pushed back to 2021. Originally, the Karbach collaboration was with Franklin for the Hot Luck festival.

“Our industry is there for our communities in times of joy and in times of crisis,” said Shepherd via press release. “I can’t thank Karbach enough for stepping up to take care of our industry when we’re in crisis. Southern Smoke is a safety net for everyone involved in the food and beverage industry – cooks, servers, distillers, wine makers, dishwashers, brewers, delivery drivers – and support from companies like Karbach provides us the funds to support everyone who needs it. I’m really looking forward to creating this beer with Aaron and the Karbach guys. Aaron has supported Southern Smoke since day one, and I’m so glad to mark this collaboration between Southern Smoke and Hot Luck with a great beer.”

“For Houston and for the country as a whole, service industry workers are the backbone of our communities. At Karbach, our staff is like an extended family and our brewery simply would not survive without them. We are proud to support Chris Shepherd and Southern Smoke to help our family and friends during this difficult time,” said David Graham, brand manager at Karbach Brewing Co.

The new collaborative pilsner is expected to be released in 2021 — just in time for the next Southern Smoke Spring.