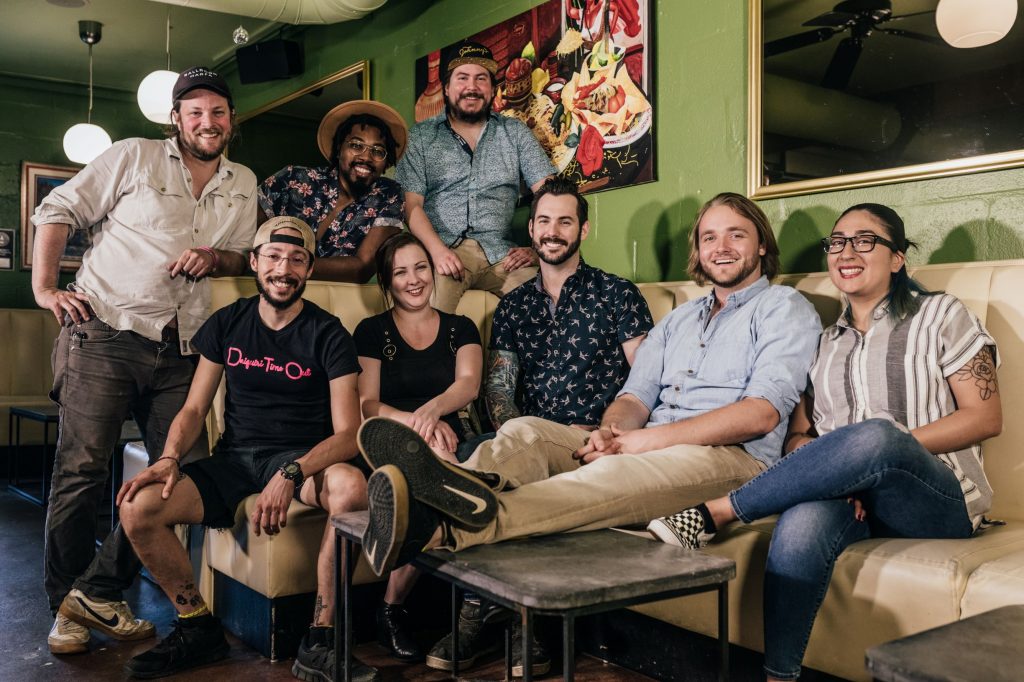 Johnny’s Gold Brick at 2518 Yale in The Heights, a friendly neighborhood bar known for high quality but no-frills cocktails, is one of six bars competing in Chicago on May 6 for the title of “Bar Fight Club Champion.” Bar Fight Club is the kick-off event for the annual Chicago Style Cocktail Conference. The battle is at Fulton Market Kitchen from 10 p.m. to 2 a.m. and the bars are judged on cocktail creativity, hospitality and sense of community.

Bar Fight Club is a “whole bar competition” and each is given an assigned space in order to bring their bar to life as a pop-up. Johnny’s entire staff is in Chicago and brought both the famous drink chalkboard and lots of branded swag to evoke the flavor of the brick-and-mortar in Houston. There may even be lasers involved.

Since the entire bar staff is in Chicago, employees from Daiquiri Time Out in Galveston are holding down the fort on May 6, bringing an island vibe and tiki-inspired cocktails to Houston. The Galveston bar’s owner, Brad Stringer, was formerly an original member of the Johnny’s team and he’s leading the pop-up from 4 p.m. to 2 a.m.

Every Johnny’s Gold Brick bartender either made or collaborated on a drink for the competition. Lucky for Houstonians, traveling to Chicago to try the drinks isn’t necessary. For the month of May, the Bar Fight Club drinks are featured at bar, along with a few extras for a well-balanced menu.

“We are excited to be representing Houston and the Heights neighborhood,” says general manager Justin Ware. “It’s great publicity and networking for our little bar and the family-style staff. It is humbling to be recognized by your peers and we couldn’t be more excited to bring the vibe of Johnny’s alive in Chicago.”

Houston Food Finder with DR Delicacy.18 hours ago
Charm your family or guests with a charcuterie board featuring high-quality artisan foods from DR Delicacy! Choose from salami in flavors like Peri Peri Duck, Moroccan Venison and French Black Truffle, imported hams and Spanish Chorizo. There are savory snacks, too, such as buttery, crispy Truffle Chips, crunchy cornichons, a slew of condiments, Texas honey, chocolate truffles and more! The Houston-based importer of fine local and international fare has everything you need to create an impressive spread. Visit the warehouse at 4120 Directors Row Suite A to shop in person, or order the full assortment online at https://drdelicacy.com/.