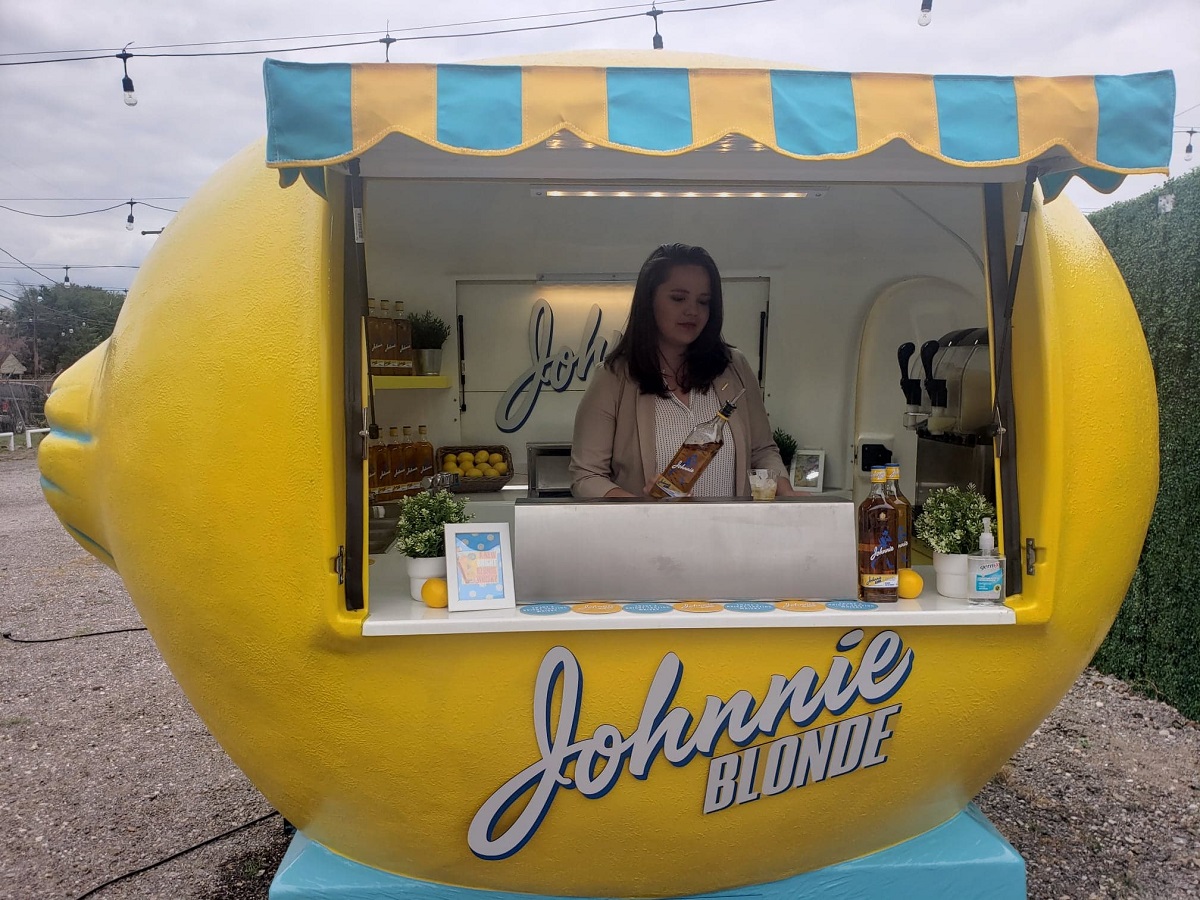 The custom lemon car for the Johnnie Blonde release. Photo by Ryan Baker.

The Johnnie Walker whisky company has launched its new Johnnie Blonde label, a Houston exclusive in the United States. The blended Scotch brand is celebrating the new release with a couple of events around the city and a cocktail kit that can to be delivered to your door. Houston Food Finder was given the opportunity to join in on the festivities.

Johnnie Blonde takes a lighter and brighter approach than its counterparts. Even though the other Johnny Walker labels are not considered the smokiest or spiciest, the whiskies still carry some heft. The blonde’s flavor profile is drastically sweeter in comparison, displaying mostly fruit and caramel notes and a bite of vanilla.

The Johnnie Walker company’s website declares that the blonde is “made to be mixed,” and places a major emphasis on citrus, going so far as to create a lemon-shaped promotional vehicle for events. Between the mild flavor and an alcohol percentage of only 40 percent, it may be easy for this whisky to get lost in more complex drinks but works great mixed with light juices.

To introduce Houston to its newest whisky, the Johnnie Walker company is partnering with Sourced, a cocktail kit delivery company. For $62, customers can get the custom kit delivered to their front doors. It includes a bottle of Johnnie Blonde, Fever Tree Mixers, dehydrated citrus, a jigger and some branded Johnnie Blonde items.

As one of the biggest names in Scotch whisky, the Johnnie Walker company held a few events to get the word out about the new release. To kick off the release in Houston, it joined forces with street gallery UP Art Studio to sponsor the “Big Walls Big Dreams” festival, an initiative to refresh many of the murals in Houston, which features one mural specifically made with Johnnie Blonde in mind. A drone-based light show was also held at a grand reception on the pool deck of the Marriott Marquis Downtown.