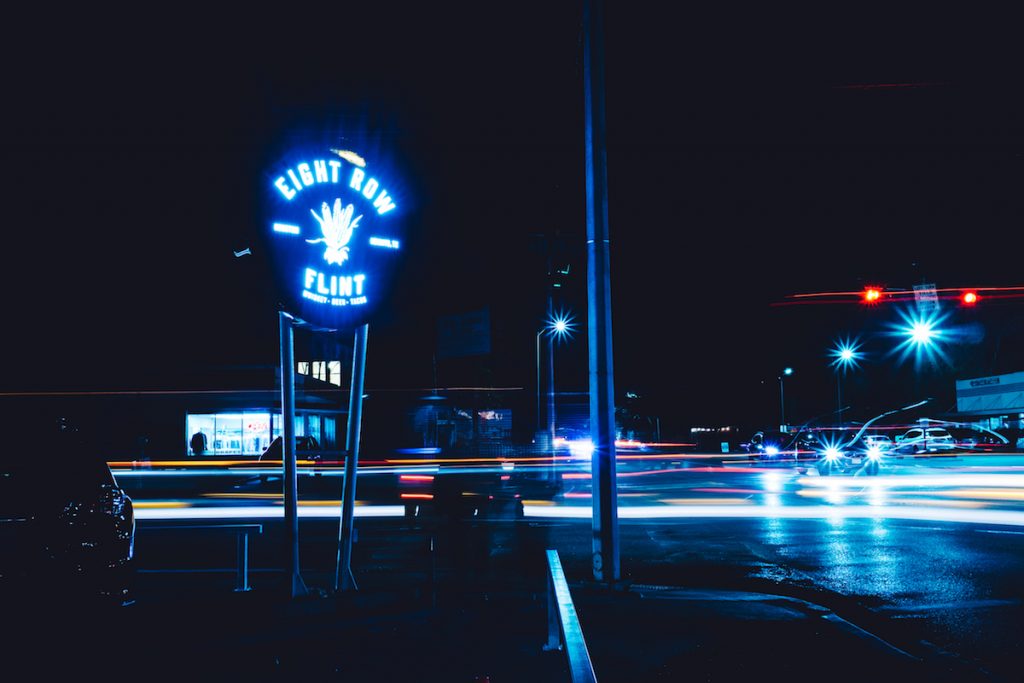 A popular Heights ice house is about to be duplicated in a new neighborhood. Agricole Hospitality, owned by Morgan Weber, Ryan Pera, and Vincent Huynh, is opening a second Eight Row Flint in the Second Ward, which is east of downtown Houston. Located at 3501 Harrisburg in the former Night Shift space (which closed after controversial key personnel departures), it’s slated to debut in the fall. Agricole Hospitality is also the hospitality group behind restaurants Coltivare, Indianola and Vinny’s, and cocktail bar Miss Carousel.

General manager Christina Ramey, who has been with the company for eight years, has been promoted to “Eight Row Flint concept manager” and will oversee both locations, while assistant general manager Christian Garza will serve as general manager at the new one. Chef Marcelo Garcia, another long-tenured employee who’s been with Agricole Hospitality for nine years, is in charge of the menus at both the old and the new Eight Row Flint. Unlike the current ice house, which depends on an onsite truck for food preparation, the second one will have an expanded menu thanks to the presence of a full kitchen.

A statement from Agricole Hospitality’s owners says, “We’re so proud of what we’ve built at Eight Row Flint over the last eight years. With this being our first concept expansion, it’s a really exciting moment for us. Nurturing our staff and watching them develop is one of the most rewarding elements of being business owners. We couldn’t be happier for these three key team members – Christina, Christian, and Marcelo – to grow alongside the Eight Row Flint concept as they increase their responsibilities and take on these new roles.”

The original Eight Row Flint opened in 2015 and is known for its whiskey program, cocktails (including margaritas and ranch water, a tequila, Topo Chico and fresh lime drink, which rapidly spread in popularity across the country), freshly made tacos and a popular patio that’s packed during good weather.

Besides the second Eight Row Flint, Agricole Hospitality has another casual bar on the horizon. EZ’s Liquor Lounge timeline is slightly delayed, but it’s expected to open next door to Coltivare late this summer. It will be helmed by Anvil Bar & Refuge and Pappas Bros. Steakhouse alum Matt Tanner.

If it maintains the same hours as the original, Eight Row Flint will be open from noon to midnight daily, except for Fridays and Saturdays when it stays open until 2 a.m. If you happen to be near METRORail’s Green Line, you’ll be able to take it straight to the bar.