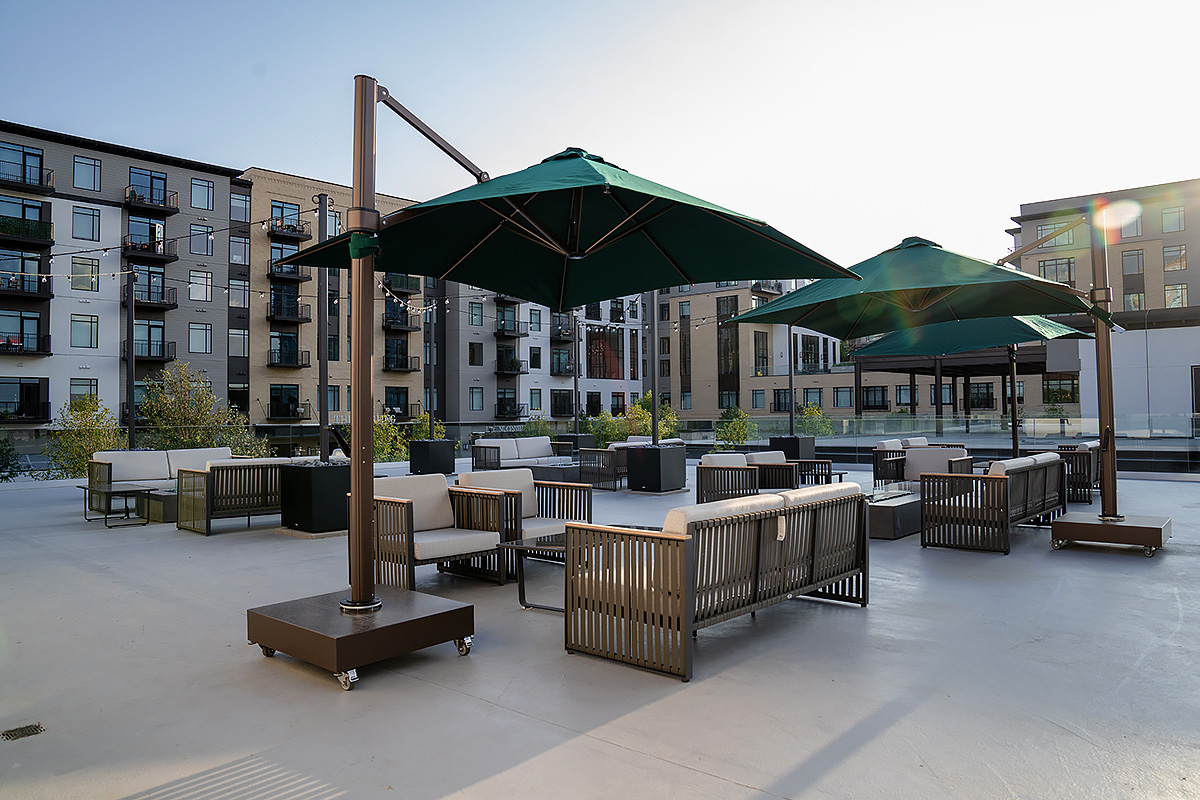 Anchoring the second-floor patio is a large, rectangular, fully enclosed bar with space for indoor dining and an elevator that connects the space to the downstairs restaurant. Outdoors, guests will find fire pits and cozy group-style seating, as well as some scattered, intimate, two-tops. Some areas feature appealing views as well, such as parts of Houston’s skyline and a well-manicured, ground-level courtyard with a fountain illuminated by multicolored lights.

Executive chef Greg Peters created a custom menu for the upstairs bar and lounge, too. The dishes include marinated crab fingers with cane vinegar marinade and mirliton slaw (a well-rounded throwback to one of Georgia James’ first seafood appetizers), pork rillette served with mustard, toasted focaccia and house pickles, housemade prosciutto and cheese, and shrimp and grits with tabasco sofrito and country ham. Some of the dishes from Georgia James’s dining room made it to the upstairs menus, too, including the highly recommended smoked redfish dip with fried saltines, 44 Farms strip steak and Japanese A5 wagyu.

“The reopening of Georgia James has been so well-received by the Houston community, and we are excited to continue the momentum with the opening of our rooftop lounge,” said Raul Lorenzana, general manager at Georgia James, via a press release. “Creating memorable experiences for our guests is at the heart of what we do, and we believe that the rooftop and its outstanding views of the downtown Houston skyline will only elevate their experience at Georgia James.”

Interestingly, a future restaurant opening will add a similarly expansive outdoor patio. Red-sauce-Italian restaurant Pastore is due to open in early 2023, and has nearly the same rooftop structure as Georgia James. It’s also directly across the way, just on the other side of the courtyard.

A tip for first-time visitors: Georgia James does not yet have an elevated sign like the old location did and is pretty much invisible from the street. Go to the address, park in one of the free guest spaces in the garage, then head towards the courtyard. You’ll see the sign for Georgia James from there.

Georgia James’ downstairs dining room is open Monday through Thursday from 5 to 10 p.m., Friday and Saturday from 5 to 11 p.m. and Sunday from 5 until 9 p.m. For those who want to linger, the rooftop bar and lounge is open one additional hour. Reservations can be made online.