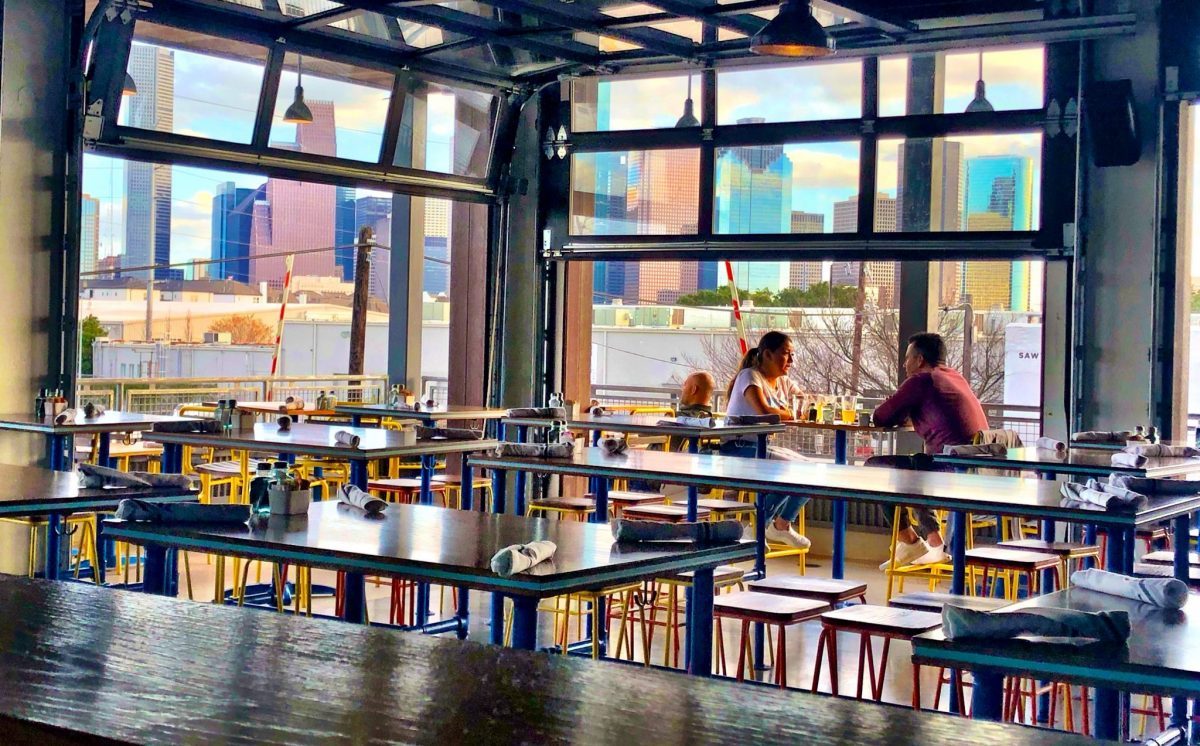 On Monday, July 13, a press release from Saint Arnold Brewing Company at 2000 Lyons revealed that Texas Governor Greg Abbott has reinterpreted the criteria that determines whether a business is considered a restaurant or a bar. Texas law defines a bar as a business that makes 51% or more of its revenue through alcohol sales. Saint Arnold owner Brock Wagner says he received a call on Friday, July 10 from the TABC (Texas Alcoholic Beverage Commission) informing him that the Governor’s office is changing the way it classifies brewery alcohol sales. The new interpretation requires that beer sold wholesale to distributors now counts towards a brewery restaurant’s total alcohol sales. By that criteria, Saint Arnold’s restaurant is now considered a “bar,” and in light of Abbott’s order for bars to close a second time, which was issued on June 26, it’s also no longer able to provide sit-down dining service.

That’s despite the fact that Saint Arnold was only seating people outdoors in its beer garden with at least six feet between parties. Abbott’s decision potentially impacts all breweries with onsite restaurants and puts jobs at risk. Wagner says that at Saint Arnold, 75 employees are at risk of losing their jobs due to the restaurant having to close for onsite dining. Those employees have not yet been laid off, as the brewery is waiting as long as possible to try and avoid that.

Buffalo Bayou Brewing Co. is another Houston brewery that’s had to close its restaurant and patio for dine-in service because of the rule change. “Certainly the change in TABC ruling has us shifting our service model,” said marketing manager Damien Franco. He added, “We are [now] offering our full menu and packaged beer products to-go” and says Buffalo Bayou is trying to retain as many employees as possible by moving some into different positions. But it is likely that the Governor’s reinterpretation will result in some unavoidable layoffs. “We’re doing everything we can to keep as many jobs as we can,” he said.

Franco noted he had no idea the rule change was coming and it “caught us off guard as it did to our craft brewery brothers and sisters across Texas.” He also said that, up to the point of having to close the restaurant for dine-in, Buffalo Bayou’s employees were doing a commendable job of “going above and beyond the safety guidelines.”

Wagner says he still has received no indication that the new determination by the Governor’s office is being rolled back or changed to accommodate brewery restaurants. “I get the feeling that we are being heard in Austin even if we aren’t seeing any movement, he said.

Both Franco at Buffalo Bayou and Priscilla Walker, the public relations and social media manager for Saint Arnold, point out that the TABC has not been publicly communicative or transparent about the rule change. “There are no official announcements from TABC on their website that we can point to,” said Franco. He added, “There is no official announcement from Governor Abbott that we can direct you to on the Texas.gov website, either.”

The lack of published rules or transparency seems to be a deliberate decision by state officials. Walker says that Wagner received a text message from a member of the Governor’s “Open Texas” team who stated that he would specifically not discuss this matter “due to pending litigation”. While the lawsuit in question was not specifically named, a reasonable assumption is that it’s the lawsuit filed by over 30 bar owners in Travis County on June 30 alleging that Abbot’s shutdown order violates their constitutional rights.

The Texas Craft Brewers Guild also indicated in an email to members that TABC’s lack of public disclosure on the matter is deliberate. “It is our understanding that licensees will only be informed if 1) An agent tells them to shut down, 2) They proactively ask for guidance, or 3) An organization like the Guild gets the guidance from TABC and publishes it.” A screenshot of this section of the email was provided to Houston Food Finder. In addition, this publication has emailed TABC information officer Chris Porter twice requesting comment and left a phone message for the Governor’s press office. No responses have been received to date.

Should restaurants be ordered to shut down again due to the rising number of COVID-19 cases in the Houston area, Wagner says he understands. “There is certainly cause for that,” he said. “It is being defined incorrectly through an absurd interpretation of the rule that we object to. Staying open right now isn’t about making money. We aren’t profitable with all of the safety precautions we’ve taken. It’s about keeping people employed and the team together.”

Walker says that concerned citizens can help breweries affected by the new interpretation by contacting the Governor’s office and signing the petition created by the Texas Restaurant Association. “It is super easy to fill out, and we linked to both on our website,” she said.