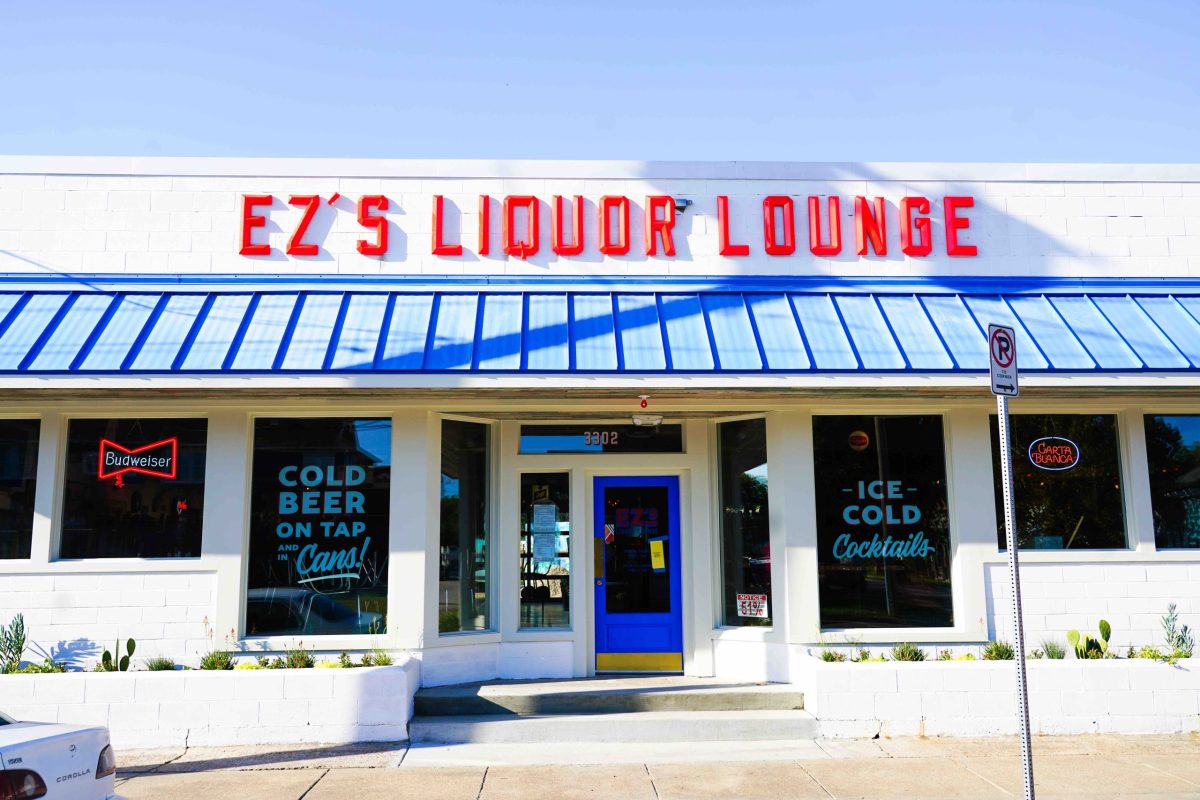 I bought my daughter’s first bike helmet at Blue Line Bike Lab when it was located at 3302 White Oak. When the bike shop moved to a new location on Yale, I was worried that the 1950s-era building it used to occupy would be torn down and replaced with generic townhouses. Fortunately, Agricole Hospitality, which operates Heights staples Coltivare — which is next door — and Eight Row Flint scooped up the space. It’s now home to EZ’s Liquor Lounge, which officially opened on October 24 after the inevitable permitting delays that plague so many Houston bar and restaurant openings.

Tanner brings his creativity (and sense of humor) to cocktails such as Hillbilly Highball, an unusual concoction of salted peanut butter-infused bourbon, Mexican Coke and peanuts and Dulce De Leche Old-Fashioned with Very Old Barton Bonded Bourbon, Angostura bitters, dulce de leche, dark sugar syrup, clarified lemon juice and clarified milk. The drink menu is rounded out with several other cocktails, including, of course, a frozen margarita (it is a bar in Houston after all), a selection of craft and mainstream beers and a small wine list.

Agricole Hospitality’s owners include notable Houston chefs Ryan Pera and Vincent Huynh, so you know there will be great food to enjoy with your drinks. The focused bar-food menu includes snacks such as pickled-jalapeño onion dip and pimento cheese with pickled okra. There is a selection of four hot dogs, including the Caliente Dog, which features a 1/4 lb. R-C Ranch Wagyu dog, jalapeño cheese spread, onion, habanero-honey mustard and garlic celery, and the vegetarian Dahli Dog, a Field Roast vegan dog with golden veggie chili, pickled onion and cilantro. In the tradition of many Texas bars, there is also chili: chili con carne and Gold Veggie Chili — though I doubt either is being served from a Crockpot on a card table set up in the corner next to a jukebox.

Though EZ may not have a card table with a Crockpot, it does have a pool table and other classic Texas bar decor — including the tall Texan statue from the now-closed, iconic Houston bar, Alice’s Tall Texan. With its mix of decor, drinks and food, EZ’s Liquor Lounge is on its way to fulfilling Tanner’s vision of creating, as he says in a press release, “a place that people want to hang out day or night, with something for everyone. Our hope is for EZ’s to be that go-to, comfortable place where you come to watch sports, play games, and be with friends.”