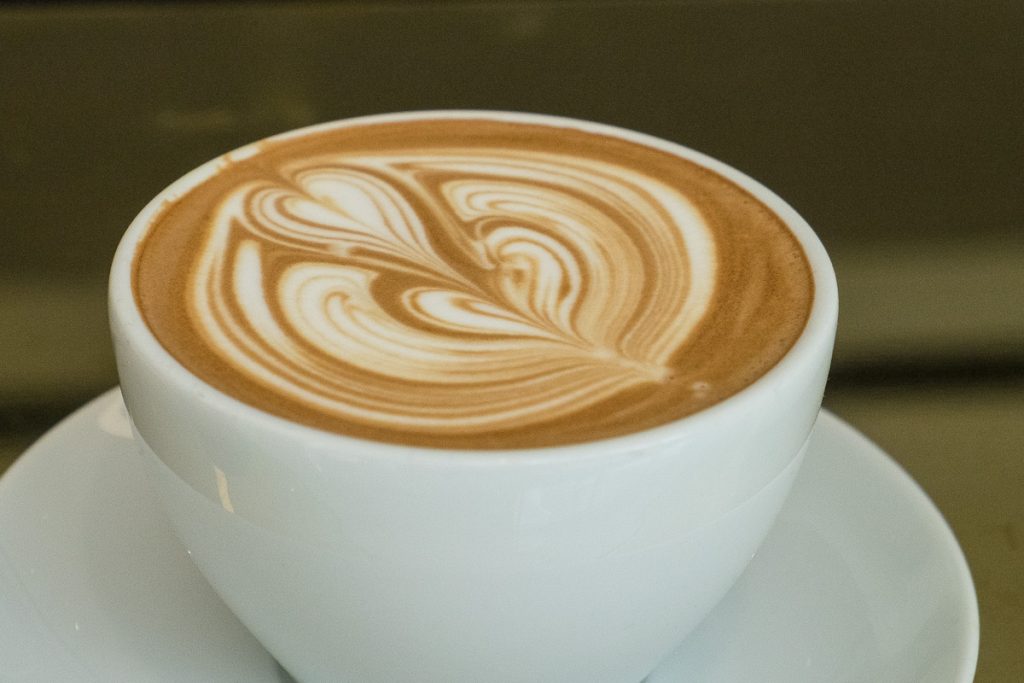 As their first Houston coffee shop, Greenway Coffee & Tea, approaches the decade mark (and is undergoing a well-deserved remodel), Ecky Prabanto and David Buehrer have now unveiled their fifth. Prelude Coffee & Tea, designed by Emily Sutton of HOK, is a clean-lined space in the new Hines tower at 609 Main and Texas. With the glass-enclosed tower itself as a visual guide, Prelude is the most elegant of Prabanto and Buehrer’s coffee shops to-date. A white marble-look counter starts as a huge polygon on one end before narrowing to a lengthy ordering and service counter. Anchoring the center is a fire engine red Marzocco with three brew heads; enough to keep up with the morning rush of office workers in need of a jolt of caffeine.

However, the requisite lattes, cortados, cappuccinos and drip coffees are only a small part of what Prelude offers. In addition to several hot tea selections (including a brand-new turmeric chai, matcha tea café sua da and several kinds of brewed tea), there’s a tightly focused, quick-serve food menu that Buehrer jokingly calls “barista bodega.” “This is our new office-focused concept,” he says. “Prelude gave us an opportunity to have a quick-service version of our food options at Morningstar and Blacksmith. We don’t have stuff that takes intense kitchen work to prepare, but what we do have is quick, delicious and fast. I think that matches the hustle and bustle of the workday environment, especially downtown.”

Fresh donuts are delivered each morning from Morningstar, as well as buns baked in-house by Carlos Ballon for the new 44 Farms Breakfast Sandwich. The sausage patty of the $5 sandwich is unusual; since many people avoid pork, Buehrer has the patties made from seasoned, densely packed ground beef.

Many well-established favorites at Prabanto and Buehrer’s other shops are on Prelude’s menu. Those include the “kolache” (technically a klobasnek) filled with chopped brisket from Feges BBQ and square biscuits served with crème fraiche and jam for $4. There are also go-to classics like steel cut oatmeal, granola and yogurt and vegan-friendly cereal with almond milk. A few heartier options appropriate for when lunchtime rolls around are the Strawberry Fields Salad with chicken and the Blacksmith BLT for $9 each.

For a coffee shop in a downtown office building, it is more accessible to the general public than most. Drivers can park in the garage on Fannin (between Texas and Capitol) across the street and get their ticket validated for up to one hour. Prelude is also adjacent to the central downtown stops for the red, green and purple rail lines. That makes for easy access from the University of Houston downtown, midtown, east of downtown and the medical center. Within downtown, Buehrer says there’s also tunnel access both from 600 Travis and Main.

Prelude Coffee & Tea is open Mondays through Fridays from 7 a.m. to 3 p.m.