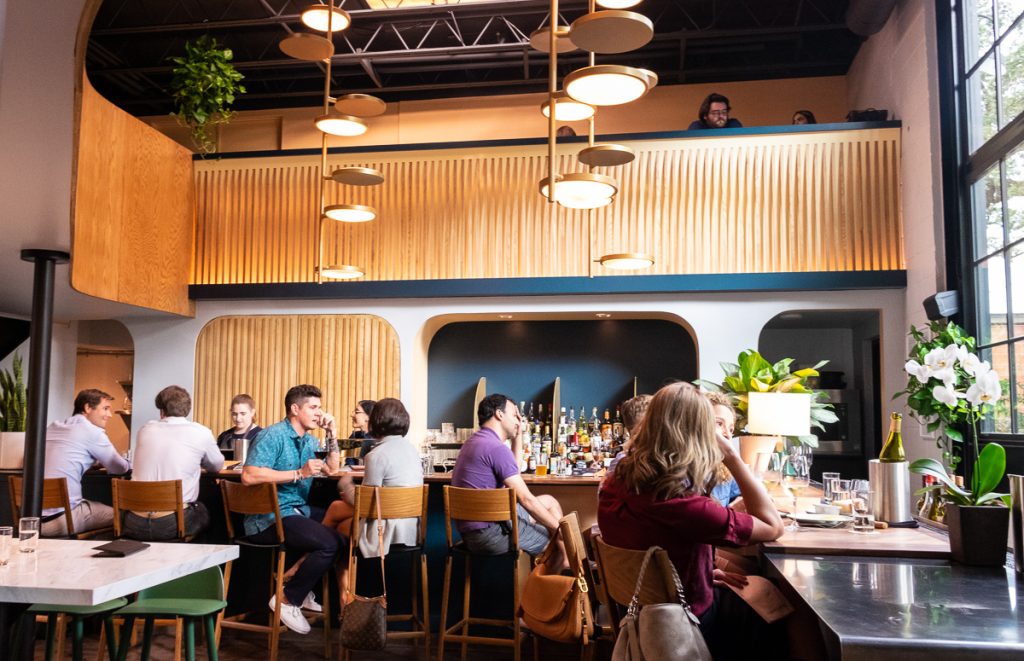 Mark up another casualty of the COVID-19 situation. After being open less than a year, coffee shop and wine bar Penny Quarter is already closing. Located at 1424 Westheimer, behind Anvil Bar & Refuge in the former Etro dance club space, the space had been fully remodeled for a modern, bright look with plenty of natural light.

The closing announcement posted to Facebook cited economics hardships caused by the reduction in how often customers are currently going out due to the need to prevent the spread of COVID-19. A portion of the announcement reads:

“Why close? Because a new business with lower prices and a casual cafe setting can’t survive COVID-19. We pay our staff higher wages for our industry in addition to providing health benefits for all employees, and we refuse to do any less. To achieve this, however, we need lots of people in our space throughout the day to afford to do so. This simply isn’t possible today and rebuilding Penny Quarter to that point over the summer would require significant debt in addition to the opening debt we are currently burdened by as a new business.

Rather than letting the inevitable slowly play out, we feel we are better able to care for our staff by making this choice now, rather than later.”

It’s worth noting that the announcement, and its use of the word “indefinitely,” leaves some slim hope that Penny Quarter might reemerge in the future, perhaps with different hours, menu offerings and price points. We sent an inquiry to Heugel to find out what the chances are of that happening and will update this article if we receive a response.

Houston Food Finder with Rainbow Lodge.2 days ago
The Houston Food Bank has faced a year of enormous demand from Houstonians who have experienced one massive crisis after another. To help raise funds for ongoing support, Rainbow Lodge is serving a special Food Bank Rescue Menu through the end of March. It includes the very popular Fried Texas Quail Bites (pictured below), choice of Pan Seared Snapper or Grilled 10-ounce Bison Ribeye and dessert choice of Croissant Bread Pudding or Chocolate Mousse Torte. It also includes a half-bottle wine. Each meal serves one person for $75, and $5 of each order sold will be donated to the Houston Food Bank. Visit the special menu page to order takeout, or make reservations for dine-in. Call (713) 861-8666 for more information. https://www.rainbow-lodge.com/houston-food-bank-rescue-menu

Houston Food Finder with YELO.2 days ago
The wait is over — YELO is now open in Katy Asian Town! Drop in and find out why Cuc Lam's creative Char Siu Xiu Mai (Meatball) Banh Mi, Spam & Egg Banh Mi, Chili Crab Rangoon and Pandan Iced Latte have already made patrons and food writers alike into fans! Go online to view the menu, then order for pickup or just drop by the storefront at 23119 Colonial Parkway to order.

Houston Food Finder3 days ago
Let's talk about something fun, such as Kanpai Club, the interesting, casual and reasonably priced Japanese bar nestled inside of Hando. Ryan Kasey Baker had an opportunity to visit and has the rum-soaked details.

Bar Nestled Within Heights Japanese Restaurant is a Worthy Destination - Houston Food Finder
Kanpai Club is now open inside of Heights sushi bar Hando at 518 West 11th in the Heights. The new bar showcases an extensive selection of creative cocktails, high-end spirits and sake, quality beer and eclectic bar bites. Houston Food Finder was invited to a media preview to explore the space and o...
houstonfoodfinder.com
8 1    View on Facebook

Houston Food Finder3 days ago
Alamo Drafthouse Cinema, which was founded in Austin — and one of the first chains to ever offer to serve a full menu of dishes and drinks to theatergoers in their seats — has filed for Chapter 11 bankruptcy. However, there's a plan that should keep most locations operating — and we sure hope that includes Alamo Drafthouse Cinema - La Centerra in Katy.

Houston Food Finder4 days ago
We'll be updating this list over the next several days as Houston restaurants and bars tell us what their plans are after Governor Greg Abbott rescinded the state-mandated COVID-19 safety protocols. Bookmark it, and check back over the week if you're in search of places to dine. https://houstonfoodfinder.com/news/houston-restaurant-mask-requirements-starting-on-march-10-2021/

Houston Food Finder with Pearland Convention & Visitors Bureau.5 days ago
Pearland's restaurant scene has grown by leaps and bounds over the past several years — and the drink scene has grown right alongside. Find out where to get great coffee, bubble tea and craft beer in the link below!

Where to Find Great Coffee, Tea and Craft Beer in Pearland - Houston Food Finder
Pearland has something for everyone when it comes to liquid refreshment, including gourmet coffee, playful bubble tea and specialty craft beers.
houstonfoodfinder.com
3    View on Facebook