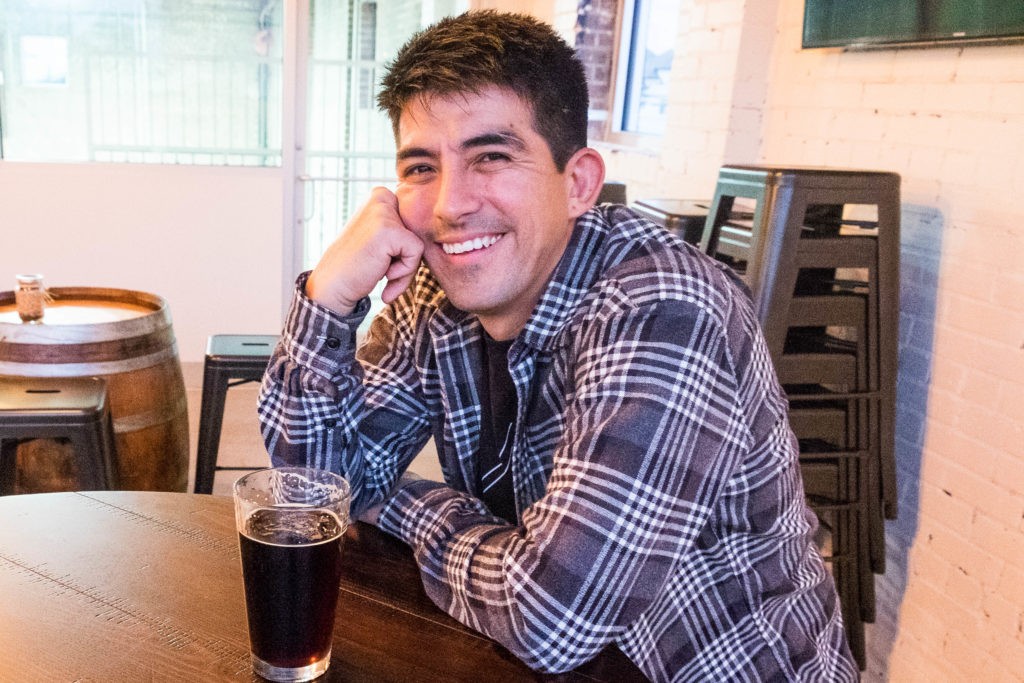 It’s so important to have good relationships with the neighbors.

Platypus Brewing just opened last September and was founded by Houstonian Rachna Hanrahan, her husband, Sean Hanrahan, who is from Australia and his friend and countryman Morgan Hughes. The Hanrahans could have built a brewery in Sean’s native land but Fate led them back to Houston, so they started Platypus here.

To create a new coffee porter for their beer lineup, the team turned to a neighbor: Max Gonzalez, who runs Catalina Coffee just short way down Washington Avenue from the brewery. He also heads up Amaya Roasting Company, which supplies coffee beans not only to the shop but to restaurants such as Weights + Measures.

“We absolutely wanted to work with them, of course,” said Gonzalez. “Brent, our general manager at Catalina, kind of headed up that whole process. They were constantly in our coffee shop while they were building out [the brewery] and we thought this was a special opportunity.” (Platypus Brewing is actually the second brewery to incorporate Amaya coffee into their beer. Houston-based Buffalo Bayou Brewing has used it as well in a series of coffee beers that includes Buffalo Sunset, Vanilla Mocha Sunset and Saigon Sunset.)

Head brewer Kerry Embertson brewed Stars At Night with a blend of “pulped natural” Caturra from Finca, Colorado and washed Caturra from Columbia. The former adds slight tropical and light chocolaty notes while the latter adds structure by way of deep toffee and caramel tones. Emberstson got her start with Karl Strauss Brewing Company in San Diego before working as head brewer at Lost Coast in Eureka, California for four years.

“With the coffee, I was worried that it would be super-bitter and somewhat astringent, so I had to make the recipe with a malt that was a little sweeter,” explained Embertson. “It would be toned down when I added the coffee. When making a normal porter, I’d use some roasted malt so I left that out and replaced it with the coffee.”

As a result, Stars At Night is, unlike many coffee beers, rather light-bodied and very quaffable. In other words, it’s an ideal coffee beer for Houston, a place with perpetual humidity where it’s as likely to be 80 degrees in December as it is 30. However, the coffee aroma and flavor is quite prominent. On the palate, chocolaty notes hit first and the coffee comprises the finish.

Platypus Brewing sports a big kitchen and a full menu, so chef Mike Douglas created a slider specifically to pair with Stars At Night. It includes coffee-cured and rubbed bacon as well as a barbecue sauce made with the beer. It also goes excellently with a lamington, a traditional Australian dessert of sponge cake dipped in chocolate and coconut.

Platypus isn’t packaging its beers—at least not yet—so the only way to try Stars At Night is to stop by the brewery. Have a lamington with it, while you’re there.

Readers: Houston Food Finder is a fledgling publication that needs your help so we can thrive. Consider advertising with us or support us on Patreon for as little as $2 a month—about the same as a regular magazine subscription, without the wait!