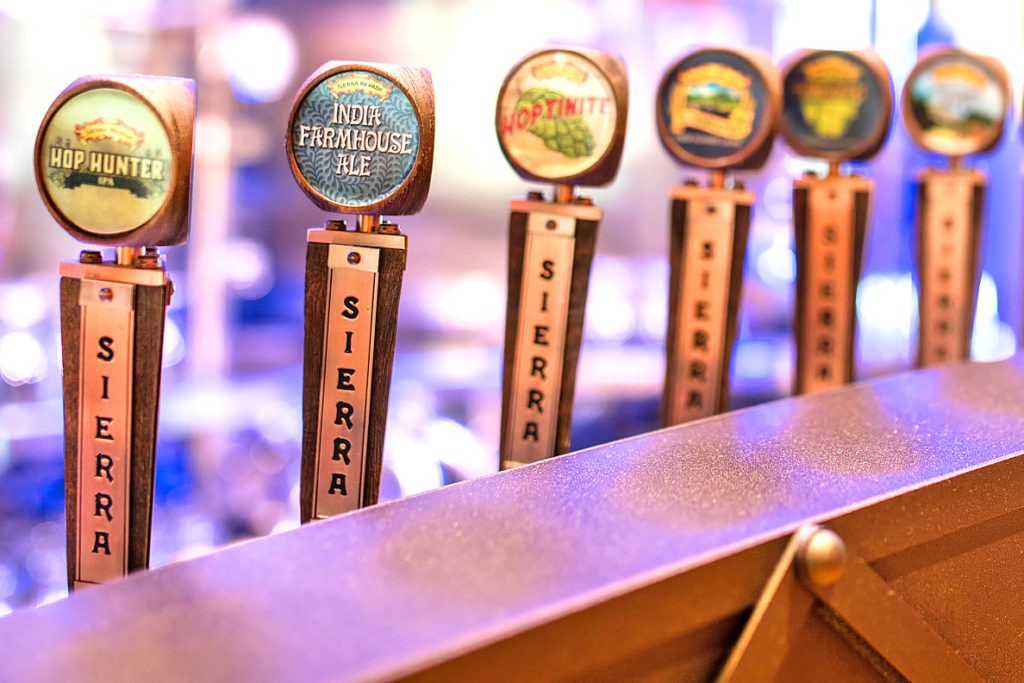 New brews are on the way from Sierra Nevada Brewing Company. Photo by Will Thomas via Flickr Creative Commons

Time Sensitive Event News: Houston beer lovers, you can meet Brian Grossman of Sierra Nevada Brewing Company and try some rare selections during a paired dinner this Sunday at Underbelly (1100 Westheimer). The beers will include Barrel Aged Dry Hop Drops, a “unicorn” of a beer that is traditionally reserved for brewery employees. Sierra Nevada Taproom’s executive chef Jessie Massie and pastry chef Seth Massie are collaborating with Underbelly chef Chris Shepherd and his team on the four-course dinner. Full details and tickets are available online.

The importance of relationships in any industry can’t be overstated. Sometimes, those cultivated in the craft beer industry lead to some really interesting people visiting Houston and bringing unique offerings with them.

Possibly the most exciting one being served is Barrel Aged Dry Hop Drops. Grossman explained by phone how it was made and why it’s such a rarity.

“When we make our Celebration Ale, it’s dry-hopped with large, pillowcase-sized “tea bags” full of hops,” he explained. “When we’re done, we drain the tank of beer and then we close the tank back up. The “giant tea bags” drip and the drippings collect in the bottom of the tank. From there, we actually barrel age it. So, it’s a super-hoppy Celebration Ale that’s been barrel aged.” Grossman says the types of hops used vary but Centennial is one of the primary ones used.

The dinner at Underbelly is just the latest effort from a brewery that is known for collaborations. Sierra Nevada’s popular Beer Camp series brings together multiple breweries together to create beers that will only be offered once. One example of a collaborative beer that resulted from the 2016 Beer Camp is Sweet Sunny South, made by brewers from Austin Beerworks, Bayou Teche Brewing, Creature Comforts Brewing Company, Funky Buddha Brewery and Wicked Weed Brewing. It was brewed with ingredients most often identified with Southern food, including grits, black tea, honeysuckle and peach.

Asking Grossman about his favorite collaboration partners again reveal the value he places on relationships in the industry. These include Russian River Brewing Company (“one of my best friends got ordained and married my wife and myself at Russian River”), Dogfish Head (“Sam at Dogfish and I try to get together at least once a year”) and Allagash Brewing Company (“Todd is always fun to drink beer with”). Grossman says, “The think about these brewers is they have the same sort of passion and respect for what we do. When like-minded people like that get together, it’s pretty fun. We always joke around. Some people talk about IBUs; we get get together and start talking about dissolved oxygen and PPOs. We’re very quality-focused.”

Grossman says he can’t go into a lot of details, but Beer Camp 2017 is indeed in the planning stages. That’s only one of several projects in the works. The new Hoptimum Imperial IPA is on the way and the Ovila abbey ale collaboration with the monks of Abbey of New Clairvaux in Vina, California is being expanded with some “regionally specific” selections.

There are also two new Sierra Nevada beers launching in the first quarter: Sidecar Orange Pale Ale (made with orange peel and citrusy hops) and Tropical Torpedo IPA (brewed with additions of mango, passionfruit and papaya).

Sierra Nevada Brewing Company has remained independent in light of buyouts of similarly-sized craft breweries by Anheuser-Busch InBev (“AB InBev” for short). Some of AB InBev’s recent acquisitions include Karbach Brewing Company in Houston as well as Breckenridge Brewery in Colorado and Devils Backbone in Virginia. Grossman says they haven’t sold simply because it doesn’t match their vision of who they are. “One of the biggest factors is that we’re simply very passionate brewers. That’s our core belief system. We do what we love every single day and selling it to someone doesn’t necessarily feel right to us,” he explained.

On the other hand, Grossman disagrees with the “burn them at the stake” attitude some craft beer fans have developed when brewery owners sell. “Our industry is changing dynamics for sure. It requires a lot of blood, sweat, efforts and tears to be successful. If someone wants to cash out and enjoy the remainder of their days doing whatever they want to do, you can’t fault them for it,” he said.