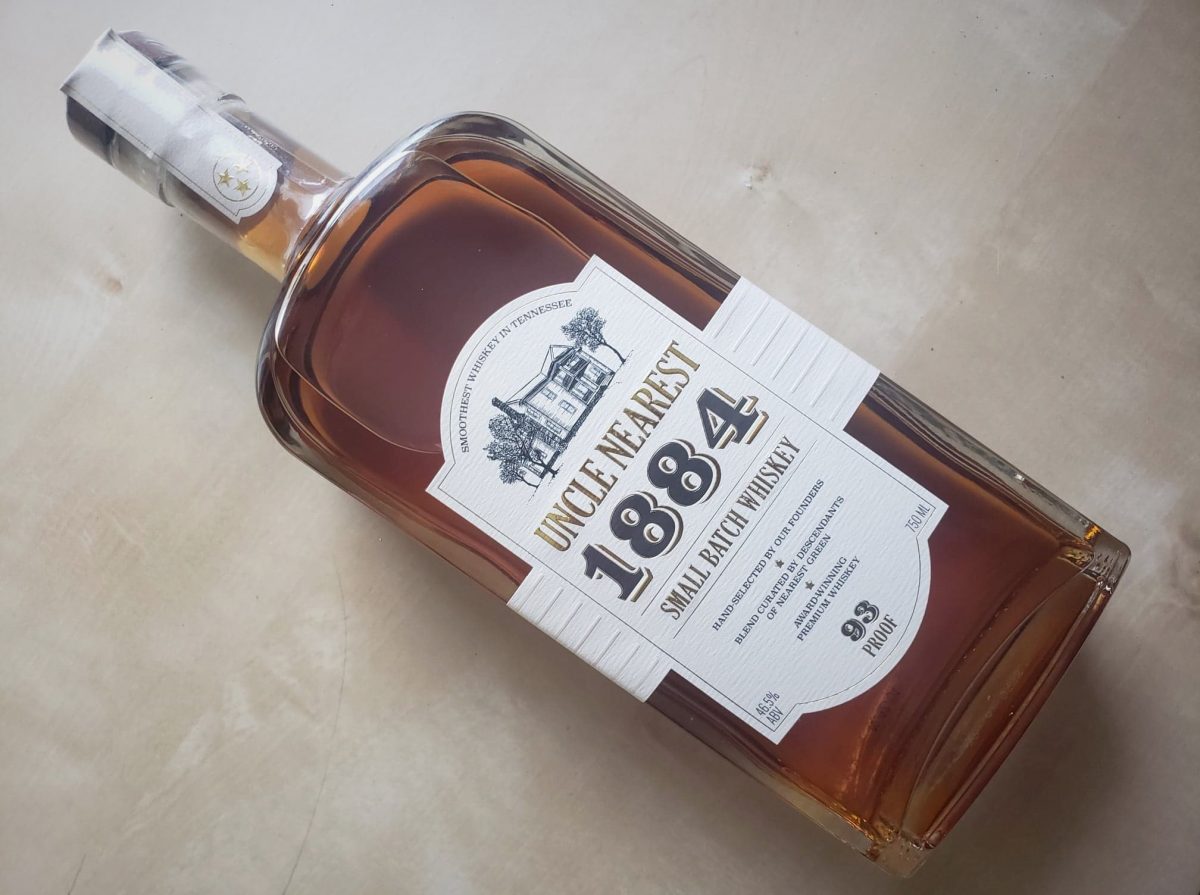 For nearly a year Sean Beck, sommelier and beverage director for H-Town Restaurant Group, has hosted weekly virtual tasting events at Backstreet Cafe. During these Zoom-based get-togethers, Beck guides guests through the world of wine, cocktails or spirits, introducing the people and stories behind the drinks. This ritual gives enthusiasts and beginners alike to not only taste the weekly offerings, but also to learn from industry professionals. One recent event showcasing Fawn Weaver and her company, Uncle Nearest Whiskey, revealed a little-known chapter in American whiskey history that Weaver has strived to clarify.

The corporate mythology of Tennessee whiskey company Jack Daniel’s was that the namesake learned the art of whiskey-making from his employer, Dan Call. However, on its 150th anniversary, the brand officially acknowledged that Daniel actually learned the art of distilling from Nathan “Nearest” Green, an African-American man who was enslaved by Call. A 2016 New York Times article explains that Daniel was a worker on the Call farm, and Green was instructed to teach him how to distill and charcoal-filter whiskey.

After reading the news, Weaver, who is a New York Times bestselling author, TEDx speaker and entrepreneur, toured the Jack Daniel’s distillery in Lynchburg — and was disappointed when Green wasn’t mentioned. Wanting to learn more and to work with Jack Daniel’s to better represent Green’s contributions, she began researching Green, Daniel and the company’s history.

During her investigation, she befriended descendants of Green, some of whom still work at the distillery. She learned that Daniel treated Nearest and his sons, who continued the distilling legacy, with a great deal of respect and fairness. She also learned that instead of Green’s work being stolen, he became a respected employee after the Civil War. Moreover, he was likely America’s first African-American master distiller.

It became clear that Daniel himself had always been forthcoming with how important Green and his sons were to him and the distillery. Even in 1967, the first Jack Daniel biography described how much Green meant to Daniel’s legacy, and that he was not trying to hide Green’s contributions. During her research Weaver’s mission became, “to raise one legacy without hurting another.” She eventually accomplished that goal. Jack Daniel’s parent company, Brown-Forman, worked with Weaver to restore Green to his rightful place in the center of the distillery’s history.

Sampling the Whiskeys of Uncle Nearest

During Backstreet Cafe’s virtual event, Weaver and Beck presented both of the Uncle Nearest Tennessee Whiskey expressions available in Houston. The first sip of the night was Uncle Nearest 1884 Small Batch. This whiskey, named for the last year that Green is believed to have distilled it, is a respectable pour and retails for around $50. It’s a blend, with the youngest component being aged a minimum of seven years. 1884 has a vibrant amber hue and a sweet aroma, but a fairly dry taste. While only 93 proof, 1884 contains enough heat to make for an interesting sipper.

The follow-up was the powerful and memorable Uncle Nearest 1856 100 Proof. The 1856, named for the approximate year that Green and Daniel met, is a definitive example of what makes Tennessee whiskey different from bourbon. This whiskey fully utilizes what is called the Lincoln County Process, an extra filtering step that uses charcoal to mellow the harsh, dry, tannic character imparted during the 8 to 14 years of aging. The pour is polished and doesn’t have the expected burn of higher-proof whiskeys. This Uncle Nearest style is deep bronze, offers a citric, slightly floral nose and tastes of vanilla followed by a bevy of spices. At around $60, it is worth the extra investment.

In addition to the straight pours, the tasting included cocktails that demonstrated the versatility of the two whiskeys. Bootstraps & Pie featured Uncle Nearest 1884, apricot brandy, sage and toasted pecan syrup. (The recipe is on the Uncle Nearest website.) The Nearly Perfect Manhattan combined the 1856 whiskey with red and white vermouths, bitters, saline and a Meyer lemon peel.

The event not only introduced guests to two worthy spirits, but also provided important history on an important, overlooked figure in American whiskey history.

For a great interview with Weaver telling the full story of Green, which culminated in the founding of Uncle Nearest Whiskey, check out this article by Dan Pashman.

To find out what the next Wednesday drink tasting is at Backstreet Cafe, keep an eye on Beck’s Instagram page.

Editor’s Note: This article was revised for clarity on April 26, 2020.