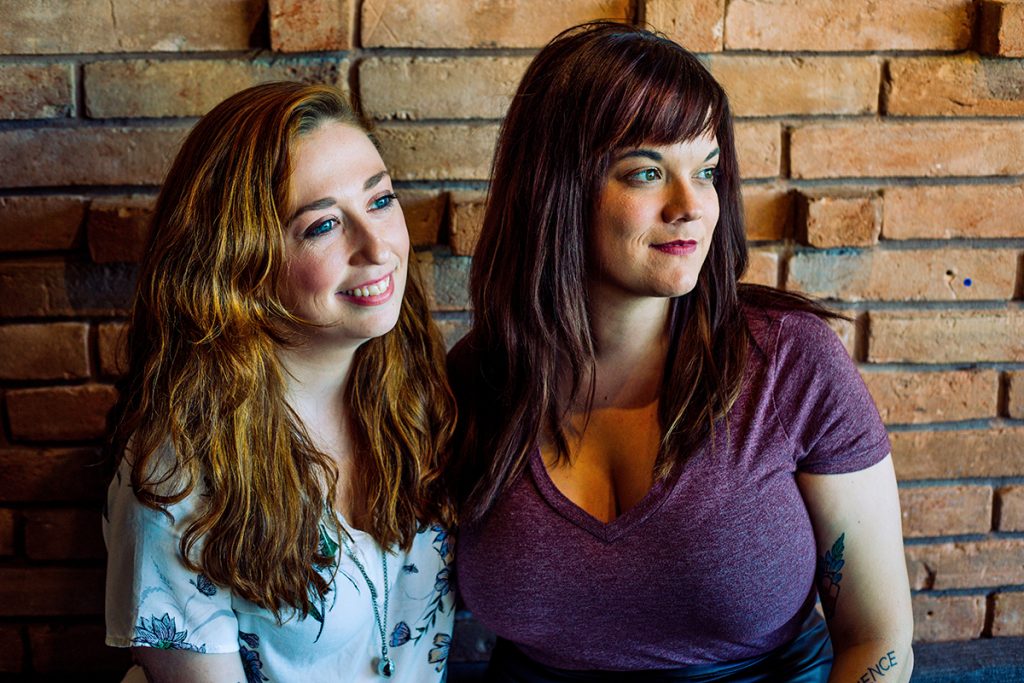 Houstonians who appreciate cocktails and spirits have probably sipped a drink created by Christa Havican or Sarah Cuneo. Over the past decade, Havican has been behind of the bar at Boheme, Reserve 101, Goodnight Charlie’s and others while Cuneo worked her way up from bartender at Anvil Bar & Refuge to general manager at The Pastry War. Before any of those jobs, they had worked together at The Pass & Provisions.

Now, the duo are “bar bosses” at restaurant Poitín (pronounced po-cheen) at 2313 Edwards, which is just a few blocks off of Washington Avenue. (For details on the new restaurant, check out our recently published news article.)

Updated 5/1/2018, 12:43 p.m.: Per a brand-new press release, Poitín is opening on May 14. Also, the press release states that Havican’s official title is bar director while Cuneo is beverage director.

In addition, Shannon Nöelle Crow is the sommelier, making this a rare, all-female beverage leadership team. Crow says that she’s worked in multiple vineyards in Chile and is taking off part of this summer to work the harvest at Larkmead and Massican wineries under Dan Petroski. Petroski was recently named 2017 Winemaker of the Year by the San Francisco Chronicle.

According to Havican, Poitín’s general manager Todd Leveritt approached her about the role and the discussion included her finding additional bar staff. She says Cuneo has always been on her list of “people she’d worked with in the past and would be totally down for working with again.”

For all of the women involved, Poitín is an opportunity to step out and craft beverage programs of their own. “I really wanted to take ownership of a cocktail program, a beer program, a brunch menu and a selection of spirits I felt really good about,” said Cuneo. “I really want to make my mark on the city and felt like I didn’t have that opportunity before.”

Havican says she spent much of her bar career rejecting management titles even though she’s done equivalent work. “I’ve always shunned that responsibility—to fully take it on,” she said. “When I first talked with Todd, it just felt like the right environment and right time, as Sarah said, to really take ownership.”

Poitín owner Ian Tucker is from Ireland and the restaurant is named for Irish moonshine. While it can be sipped, Cuneo and Havican are already developing cocktails that use it as the main spirit. “We are only starting with two because getting it through TABC (Texas Alcohol and Beverage Commission) has been an interesting challenge,” explained Havican. “I believe more are going through the vetting process now.”

One cocktail that includes poitín is a riff on a familiar classic. The P&T is a twist on gin and tonic (aka G&T). Havican and Cuneo are developing their own tonic in-house with assistance from the Bittercube Tonic Lab. Havican says it won’t be ready for the opening but hopefully soon after.

Other spirits are also featured in the cocktails, of course. A gin drink created by Havican, The Mabel Merriweather, is named for her grandmother. It will be a refreshing concoction with grapefruit, vanilla and lavender served in a tall Collins glass. “It will be perfect for the weather when we open, which will be shifting to summertime,” she said. “It will be a great, light sipper on the patio as you gaze at downtown.”

Cuneo says that she wants to ensure the staff is well versed in classic cocktails. “I want to make sure that our bartenders and servers are fully aware and vetted on making classics in an efficient and delicious way. That’s in keeping with my training from my previous experiences.”

The co-beverage directors also have to keep executive chef Dominick Lee’s multicultural menu in mind. “His food is from the ‘heart and home,’” said Havican. “These might be dishes you had at someone’s mother’s home, but in an elevated style. There may be callbacks to classic cocktails and then variations of cocktails we know and love.” So, expect everything from tiki drinks to libations steeped in Irish tradition.

For sommelier Shannon Nöelle Crow’s part, Cuneo reports that she’s putting together an ambitious list of sustainable wines. “I can’t wait to start pouring these. She just came back from working at Orchard in Austin and has been at 13 Celsius since.” “For the three of us to all be on the same team is epic,” added Havican.

To find out what the three women ultimately put on the cocktail, spirits, beer and wine lists, watch for Poitín’s opening.  The restaurant is scheduled to open on May 14.