At 50 Years Old, Brennan’s Of Houston Is A Model Of Endurance 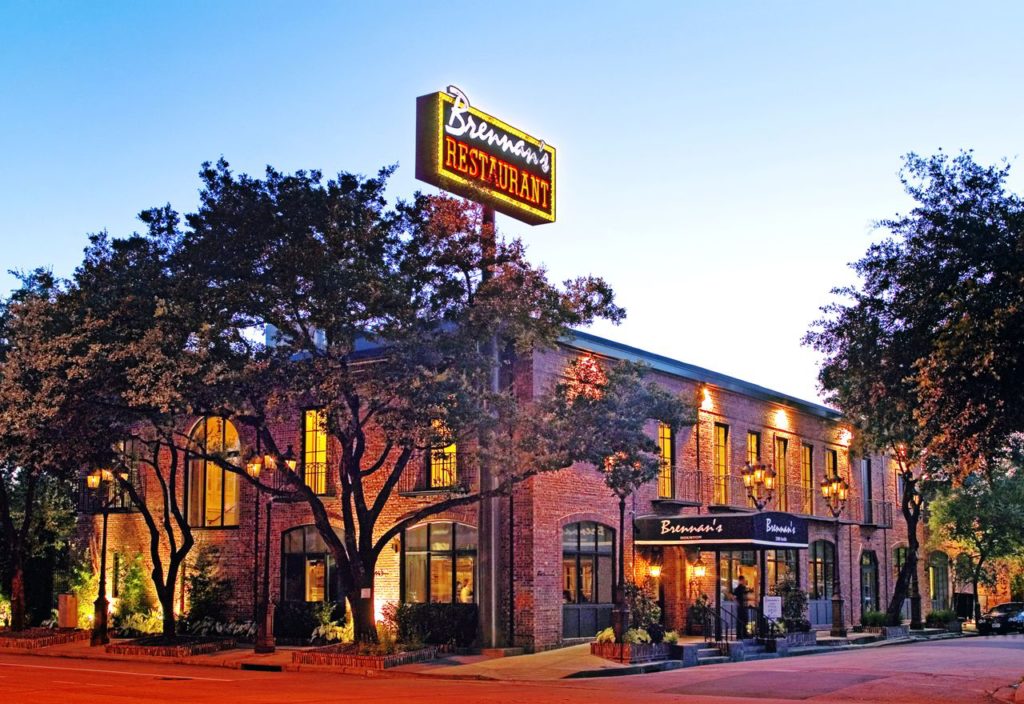 Back in 1967, Elvis Presley married Priscilla Beaulieu (née Wagner) and O.J. Simpson was a first-year running back for the University of Southern California. That same year, Brennan’s of Houston opened its doors and welcomed Houstonians with a hearty dose of Creole warmth and pride. That event proved much more enduring than those other points in history.

The book, Miss Ella of Commander’s Palace, and subsequent documentary, Ella Brennan: Commanding the Table, are more recent milestones in the company’s history. Poignant and highly entertaining, these explore the influential matriarch’s life and accomplishments. In 1954, she opened the first Brennan’s location in New Orleans after her brother Owen, died tragically young at age 45. (The film has made the rounds on the film festival circuit and is to be available on Netflix starting this May.) Houston was the next logical step for the famous fare.

Seven years later, in 1973, Ella Brennan was ousted from the original location during a bitter family split and went on to establish her most acclaimed restaurant, Commander’s Palace.

The Houston location, though, stayed with the Commander’s family. It is overseen to this day by her son, Alex Brennan-Martin. He originally “came to help the family for a few months.” Thirty years later, he’s still here.

Houstonians are still in love with the New Orleans environment and hospitality. The fresh ingredients and exceptional service are part of it, and legendary mainstays like the Snapping Turtle Soup, Bananas Foster and complimentary pralines don’t hurt, either.

Add Danny Trace to that list of former executive chefs. Just last week, it was announced that he is no longer with the company. While there’s no word yet on his plans for the future, Trace will always be known as the chef who helped Brennan’s of Houston rise from the ashes—literally. In 2008, while Evans was executive chef, Hurricane Ike’s battering led to a fire that gutted the building. Evans went on to open Haven (now closed) and Trace was brought in during the rebuilding. Brennan’s of Houston reopened with him at the helm in 2010.

A replacement for Trace has not yet been announced, but in the interim will run under the highly qualified team of Walker, longtime chef Jose Arevalo and executive sous chef Martin Weaver.

Brennan’s of Houston’s weekend brunch is one of the city’s most popular, as is the weekday “7-7-7” happy hour under “bar chef” and head bartender, Richard Middleton. The restaurant’s many special events, private dining rooms and custom dinner experiences allows it to serve a wide range of needs. The Chef for a Day experience allows a guest to create a six-course meal alongside the talented kitchen staff, which can then be enjoyed with wine pairings along with five friends. Those interested in the experience without the cooking will enjoy The Kitchen Table, a five- to seven- course chef’s choice meal served at a private table in the massive kitchen for up to 12 diners. Guests who would like to learn more about Brennan-Martin’s impressive wine list will enjoy The Wine Table, which features “selections inspired by the guest and paired with a five-course tasting menu prepared by the executive chef.”

The average lifespan of a restaurant is five years. Brennan’s of Houston (minus two years while being rebuilt after the fire) has survived 10 times that. Perhaps most impressively, though: there’s really no reason to believe it won’t still be here another 50 years from now.